Up to 70s ‘Grandfluencers’ – blowing up on the Chinese social media

by Kamalpreet Singh
in Lifestyle
0

While older adults have often been represented as socially isolated and vulnerable, especially during the pandemic, more senior influencers in China are turning their digital platforms into gold.

Exquisitely garbed in paparazzi-baiting trench coats, four older women host an impromptu walk on the main street in Sanlitun, a fashionable district of central Beijing. They are the Glammas (know in Chinese as Shishang nainai or “fashion grannies”), a group of women over 65 who took up modeling after their retirement. They have around 1.9 million followers on Douyin, a short-form video-sharing app in China.

“Your life is grey if you don’t face it with a bit of positivity,” said Lin Wei, a member of Shishang nainai. “You are old, you have wrinkles, you don’t have too much energy- but this is something you can’t change.”

She is a former professional basketball player, 1.8 meters tall. As a key member of “Fashion Grannies”, she plans the theme and art direction of every shoot.

“I was surprised that I even have international fans out there,” said Wei. “It’s not that that four of us look so good, but we are spreading the positive vibes of the Chinese elderly.”

They are now getting invitations from luxury brands including Theory to be on stage as an influencer model. They’re frequently spotted walking around Beijing and have gotten massive attention on social media in China and overseas.

“I always think I don’t have enough time left in my life,” Said Wang Nianwen, a 75-year-old former librarian. ” I’m quite serious. And sometimes it helps me to just follow my heart.”

Nianwen said each video is produced with their heart. Before the pandemic, they have been traveling to collaborate with women in their 40s and 50s living in other counties to create videos for voluntary work. Most young viewers and female users have related to their stories as they remind them of their mothers.

“It has been 21 years since we met each other,” said Sun Yang, a retired English teacher, 65. “It’s the love of beauty (Shishang) that brought us together.”

Mubing Yu is a 73-year-old folk art creator who has 196,000 followers on Douyin. He has been weaving the palm tree for more than 60 years, and now he has also become a part of the inheritors of intangible cultural heritage at the county level of Shizhu in Chongqing, in southwestern China.

Yu started posting the knitting process on the Internet to “let more people know more about how the history of palm-leaf weaving is still ongoing.” Now his social media feed is full of animal and reptile crafts photos. 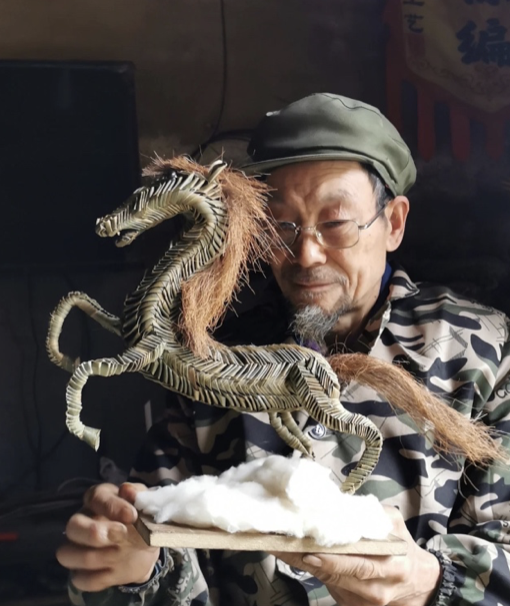 “It’s the skills handed down from generation to generation,” said Yu. “I’m the third generation in my family.”

He has been practicing palm leaf weaving for his entire life. However, after the Chinese government introduced economic reforms in 1979, he became a farmer for a living.

“Things that don’t have any monetary value were quite underrated back then,” said Yu. “The only thing we cared about during the reform period was how to escape this poverty.”

When the government announced a nationwide lockdown to prevent the spread of the COVID-19 in early 2020, all family members were back in their hometowns. That’s how Yu decided to use his craft skills for his granddaughter, who was always looking for fun things to do at home. His grandson then edited the first 15-second video of his artwork on Kuaishou, the operator of China’s largest short-video platform after Douyin.

One of Yu’s most popular videos is Bing Dwen Dwen craft, the official mascot of the 2022 Beijing Olympics. He spent a relatively short time finishing two Bing

Dwen Dwen in five hours for his granddaughter, who couldn’t buy them from the official gift store.

“Because I’m old, I’m not used to these new things,” he said. “I didn’t believe the virtual things on the Internet. It’s incredible how I’ve changed after being connected with people online.”

Qingfeng Gao is a 71-year-old food content and comedy creator living in a small county in Shandong, a northern coastal province in China. She has 280 thousand followers on Douyin and received around 3.6 million likes on videos.

When her daughter first asked Gao about posting her videos in 2021, she hesitated because she was not familiar with the platforms her daughter shared with herself.

“I’m old, and I didn’t want anyone to laugh at me,” said Gao. “I can’t believe I’ve become so-called Wang Hong [a Chinese term for internet celebrities] and posted around 80 videos on social media.” 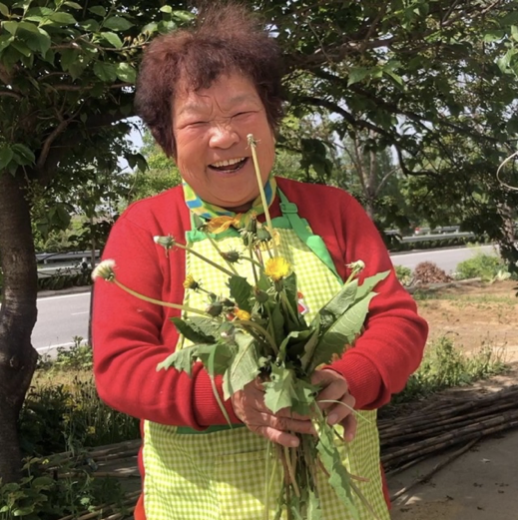 Gao called Douyin a “big stage” for her to feel alive by having a shared experience with the people. Her son has physical health issues, and Gao has to look after him all day. While staying at home, she feels like she has a stage to perform and connect with the people.

“You can tell that I’m not good at dancing or singing. It is unbelievable that people enjoy watching me cooking with my recipe and eating seasonal fruits,” said Gao.

The first video that went viral on her Douyin account was herself tasting tomatoes and commenting in dialect. The video got 550,000 likes and was shared around 3,000 times on Douyin.

“I see so many messages and blessings on my post to encourage me more,” said Gao. “Most of the people watching my videos are young folks. I’m so grateful for their warm welcome. It makes me feel I can do more “stupid” things.”

Dipping Your Toes in the Dating Pool? 5 Safety Tips to Remember

How Has Dr. Chandra Bhanu Satpathy Helped The Needy People?